This is a review for the Doona Infant Car Seat & Stroller. Let me warn you. It may sound like a love letter to Doona. The fact is I really love this car seat/stroller.

This is not a sponsored post. I purchased my Doona with a discount, which I share how to get below.

What is a Doona?

The Doona Infant Car Seat & Stroller is a car seat and a stroller in 1. So you only have 1 piece of equipment It’s an infant car seat that has wheels that are attached to it and it easily converts from a car seat to a stroller. 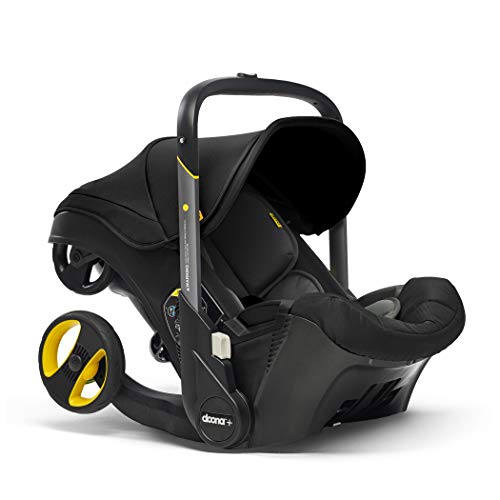 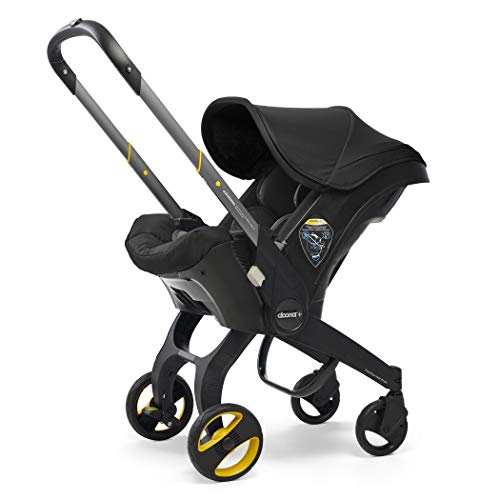 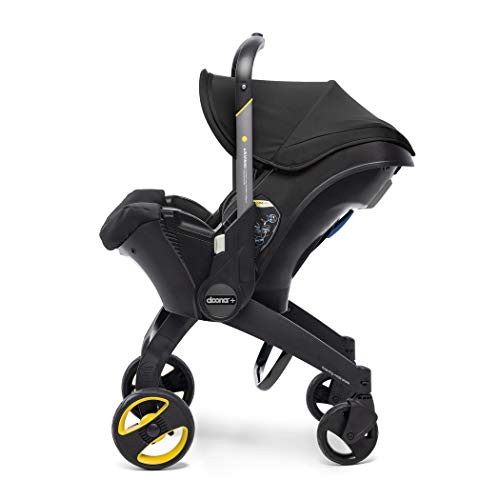 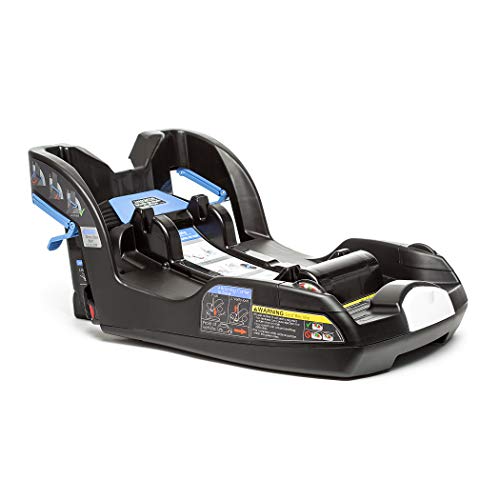 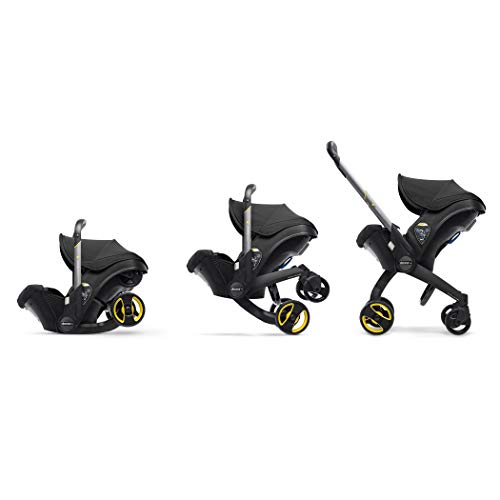 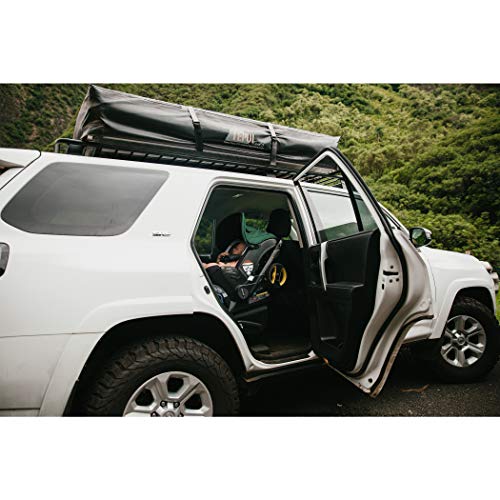 How Long Can I Use a Doona Car Seat?

The Doona Car Seat is for newborns and infants up to 35 lbs or 32 in. Whichever comes first. It t is designed to be used a rear facing car seat only.

We used the Doona from the hospital car ride until my son was around 15 months. Although he was still below the weight limit, he was right at the height limit and he started looking a little snug in it.

Do You Need To Use A Base For The Doona Car Seat?

When you purchase a Doona it comes with a latch base that allows you to safely and correctly install the car seat into the car. It is very easy to install into the base.

We actually purchased a second base, so that we could have one in both cars.

However, you can also install the Doona without the base using the car’s seat belt. Which makes the Doona super convenient for traveling.

Does The Doona Car Seat Stroller Come With An Infant Insert?

How Much Does the Doona Weigh?

It has 4 wheels attached to it, so it’s on the the heavier side. The Doona weighs around 17 lbs and when you add a 20lb baby that makes it almost 40 pounds total. It’s still easy to use, but it does make it a little difficult to put in and out the car.

Does the Doona Have Storage?

It doesn’t have built in storage, but you can purchase storage accessories to attach to it.

Can You Take The Doona On A Plane?

The Doona is the best infant carseat & stroller to travel with, and you can take it on a plane. It makes getting around the airport with a infant, so easy. You will most likely have to take them out of it so that it can go through the security check.

If you travel a lot specifically by plane. I recommend purchasing a padded travel bag. The first time we used it we gate checked it. The flight was only around an hour and a half and in that short time the handle had several scuffs and scratches. I’m just glad that’s all that was messed up on it. This is a relatively expensive stroller and I think it’s worth paying a little more to protect it.

I have seen pictures showing that it will fit in the overhead bin, but I’ve never been able to confirm that.

What I Love Most About The Doona

It’s very easy and very convenient. I love having 1 piece of equipment to travel with and I love how easy it is to convert from a car seat to a stroller. When went to places like Doctor visits or restaurants I could just stroll him in, instead of lugging around a carrier. It’s simply a great car seat and stroller, in 1.

What I Don’t Love About The Doona

The thing I dislike the most about it, is that it’s only for infants. My son has out grown it and we’ve had a difficult time finding an alternative. I was really spoiled by my Doona. I really wish we could use it longer or if they made a larger version.

How Much Does A Doona Cost?

The Doona is pricey, but worth it! You can purchase a Doona with the Latch Base for around $499.

How To Get a Discount on a Doona Car Seat Stroller?

I was able to get $75 off my Doona. What you do is create an Amazon Baby Registry, and put a Doona on it. Even if you know no one is going to buy it for you. Hey, you never know, Someone Might.

This discount can only be used 1 time, so you have to purchase all of the items you want to use the discount on at one time. This is a really big savings!

I highly recommend the Doona Infant Car Seat & Stroller. It is an investment, but it is worth the investment. It is easy to use and so convenient. It will make your life easier.

Ease of Use
10
Design
10
Quality
10
Value
9
Longevity
8
PROS
CONS
User Rating: Be the first one!
SaveSavedRemoved 5

We are a participant in the Amazon Services LLC Associates Program, an affiliate advertising program designed to provide a means for us to earn fees by linking to Amazon.com and affiliated sites.